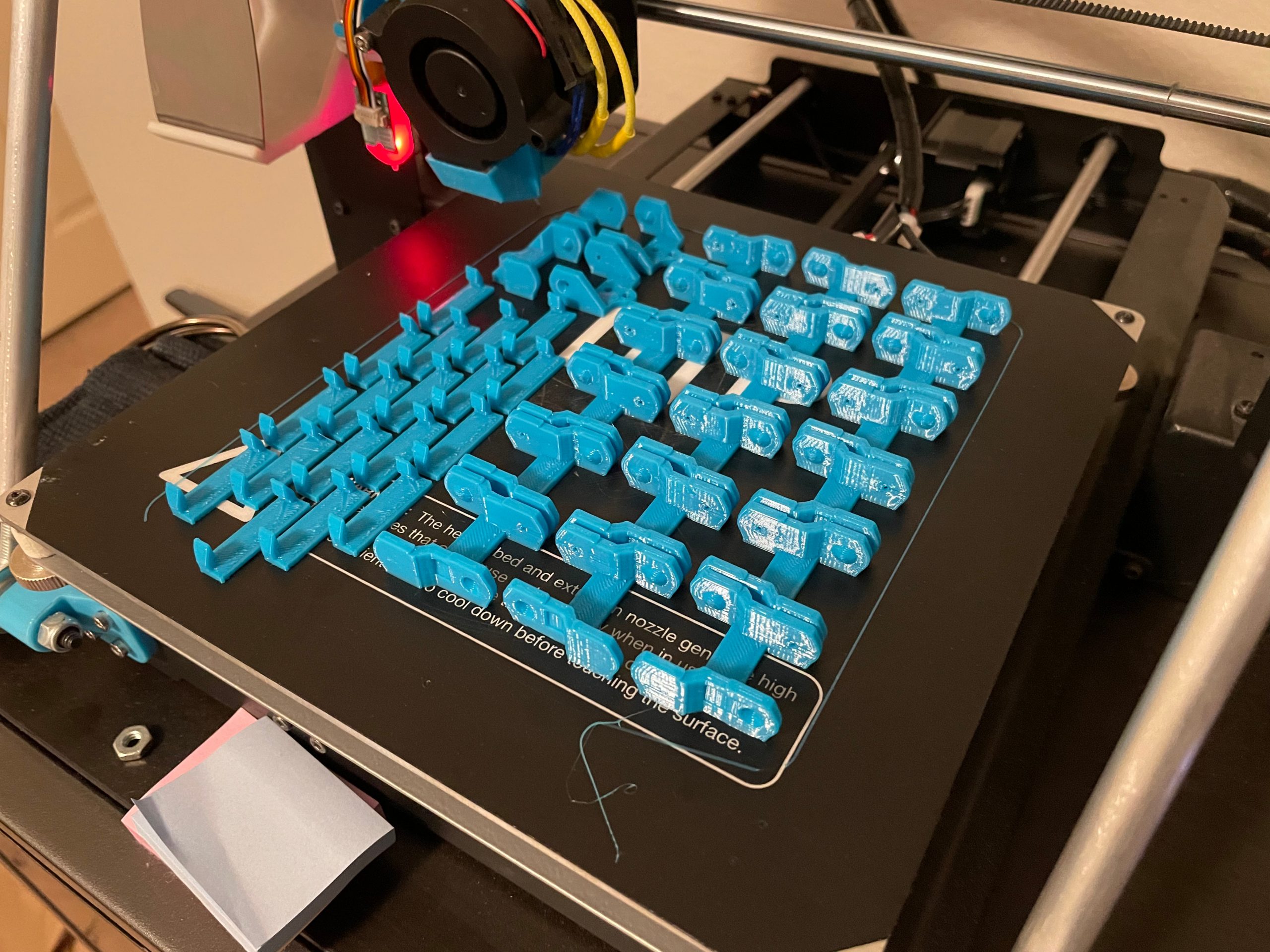 I need to post more! I’m going to commit to something: 1 post a month, even if it’s small. For now, here are some things I’ve done this last month while juggling school and some other (future) projects.

This one is simple enough. I had a white board. The board did not stick to the fridge (gravity working against us!). Glued magnets onto the whiteboard. Now it sticks to the fridge! Sometimes small things give a lot of satisfaction, this is one of those. (The magnets were purchased from McMaster if anyone is interested.)

Awhile ago I was having some frustration with my printer and it put me off printing for awhile. However, recently, two of my roommates purchased printers and it made me think about resurrecting mine. What had been deterring me so long from fixing my printer was a problem with my mainboard. Ever since I upgraded my printer, I have been using the SKR 1.4 printer mainboard. It’s a ridiculously cheap, has a pretty fast 32bit processor, and has compatibility with a wide range of printer options. This left me very happy and with the possibility of future upgrades. However, there is a design flaw with the FAN0 pin, resulting in the poor MOSFET on the board going crispy and releasing magic smoke at 24 volts given a strong enough fan. There wasn’t anything detailing that this could happen (the board is rated for 24 volt operation and didn’t give current limits!). This failure made me very unsure of the board in general, but after I bought a new board (it fried the I/O pin on the processor) and upgraded the MOSFET (with the help of this GitHub issue thread) everything was working again!

Despite it working, I had to regain my trust with the printer (no fire please!). To do this, I did several long prints (one being about 18h for instance) and they all finished with minimal issues on the hardware side of things! Also, I’m really loving PrusaSlicer. I’ve moved to it after using Cura for years. It seems to do a much better job at everything, and without practically any tuning. It just sort of spits out magically produced good quality parts! However, for PETG I’m experiencing some blobbing, so I suppose that’s my next deliverable in terms of printer things.

What else is there to do? (Future Updates!)

I’m working on a few projects, yet to be disclosed. They’ll all definitely become blog posts eventually though, so look for those in the coming months. Additionally, I have a longer term project starting up that I hope to turn into my honors thesis… we’ll see where that one goes too! Updates to come!